Fantasy SciFi Author Raymond Bolton interviews Diane Mae Robinson.
Reblog from The Write Stuff: http://www.raymondbolton.com/the-write-stuff-monday-october-6-interview-with-diane-robinson/
This, the second interview in The Write Stuff’s series of Readers Favorite award-winning authors focuses on children’s author, Diane Robinson. Diane, I’ve learned, is as fantastic as are her characters. Scouring the web for information about the author produced this: 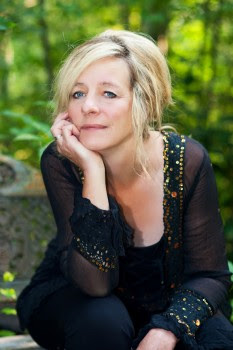 Diane lives in a small hilltop castle nestled amongst a very old and magical forest. In this mystical forest, all the fantasy creatures one can imagine live and audition for parts in the author’s next book.
The author has a journalism diploma from the Schools of Montreal and an advanced diploma from the Institute of Children’s Literature in Connecticut. Diane writes fantasy children chapter books, teaches watercolor and acrylic art to children, and is a writing instructor to adults.
I asked Diane to give us the premise of her latest title, Sir Princess Petra’s Talent – The Pen Pieyu Adventures. This is what she provided:
Sir Princess Petra has already proven she is a kind and noble knight. This, however, does not please the king and queen—they want her to behave like a princess and forget this silly knight nonsense of hers!
But when the king writes a new rule in the royal rule book that requires her to attend Talent School and acquire a princess talent certificate or suffer the spell of the royal magician, Petra, reluctantly, agrees to go. But who could have guessed what Sir Princess Petra’s Talent would be?
How delightful! Will you tell us the story behind your book?
The story behind the book is my rebellious nature, to write the kind of story I want to write, to do something out of the norm, to possibly do what many people say a person can’t do in writing for children. I have studied children’s literature extensively—I don’t agree with all the rules. The main character of this series, Petra, has that same rebellious nature and proves that the unattainable can be accomplished with finesse and pizzazz and through kindness. Maybe I just had to prove, to myself, that a writer doesn’t have to follow the norm to write a fun book for kids.
What are you working on now?
Working on the 3rd book in my fantasy/adventure children’s chapter book series entitled, Sir Princess Petra’s Mission-The Pen Pieyu Adventures. I’m also working on a grammar book for elementary age children entitled, Grammar for Kids and Dragons—written in a humorous tone with the medieval characters from my series in the grammar examples.
And a worthy task that is. Goodness knows how much dragons need this sort of help.
May I ask why you have chosen your particular genre?
I’ve been fascinated with the medieval era and fantasy books since I was a kid. By the age of nine, I was making up mini plays–with princesses, brave knights, and meddlesome, or fun, dragons–and performing them for the neighborhood kids. The only hard thing about making the plays work was my sister, the brave knight, insisting to wear her cowboy attire at all times and shooting the nasty dragon instead of spearing him. Sheesh! Cowboys!
Sheesh indeed! Will you tell us why your writing is different from other authors in this genre?
I have a bizarre sense of humor (or so I’m told from non-bizarre humor people) and I think some of that humor comes out in the characters quite well. My books have been described as: ridiculously fun; very silly; incredibly witty; charmingly funny; and even, a maverick fantasy with brilliant flashes of humor and originality. Hmmmm.
That said, why should someone buy your book?
Well, if you think you might like to read about Sir Princess Petra, a tom-boy, onion-throwing princess knight who hangs out with a dragon (Snarls, from the Forest of Doom) that is a chef, royal steed, and is her best friend, along with a bog witch who is afraid of frilly dresses and a continuously soggy-smelling midget knight, Prince Nastybun, from the Land of Mesoggie, then you might want to buy the books. Oh, and then there’s Prince Duce Crablips who wears pink armour and likes to crochet, and King Asterman who runs Talent School in the Land of Lost Donkeys.
Hah! Ridiculously funny, indeed. I like it. Tell us a bit about your path to publication.
My road to publication was full of pot holes and ruts and quite a few broken wheels. I wrote the first book as a picture story book, researched publishers, queried them, sent manuscripts, had a couple of bites, and after 9 years and 27 rejections got an actual traditional publishing contract if I could turn the book into a chapter book. I did, publisher and I signed, publisher forfeited contract due to lack of funds (during the 2010 U.S. recession), back to drawing board, several months later found another publisher who wanted my book and does a few traditional contracts a year. Yep signed up, toot sweet. This publisher also accepted book two (since I hadn’t signed a series contract with them), and will publish book 3 also.
Good for you. What is your writing routine?
In the summer, I have no writing routine. Summers in Canada are just too short, and we all flock outside to play ball, ride horses, gardens, cruise on the lakes, drink beer around the fire pit, play ant hockey, stuff like that. By November, when the snow flies, I wake up early on Fridays (day off from day job) and write for several hours in a row. Saturdays, I edit for a few hours, write blog posts, work on marketing, and catch up on social media stuff. 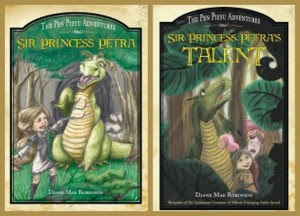 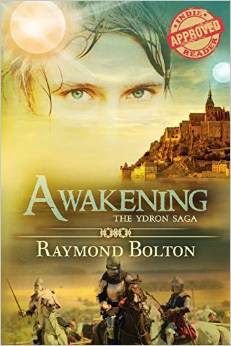 For more information on my dragon books for children, check out my author's website: www.dragonsbook.com
Posted by All About Children's Books at 07:45