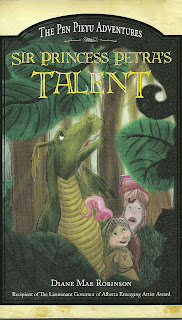 Posted by All About Children's Books at 18:07 8 comments:

Yes, You Can Create That!

Too often the voice within us says, "No, I couldn't possibly do that." 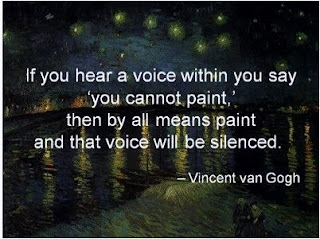 All of us are capable of creating wonderful magic in the arts, whether it be in painting, literature, music or dance.

And to prove the point.

I was asked to give a watercolor art lesson to twenty, eight-year-old children in one of our local schools. When I showed the students what our project would be about, creating Yupo art and then making a giant bouquet of flowers for a display, most of the children replied; "We can't do that."

I assured them they can do it, and with some                    practice and learning the techniques, we will achieve
this goal today. The first part of the project was to learn about mixing colors to make new colors, then to make twenty 8 x 10 Yupo pictures in bright colors like this. These will be cut out to resemble flowers.

The second part of the project was to create twenty Yupo picutres (8 x 10) in browns and greens like this. These will be cut out to resemble stems and leaves.


As we worked on the project, the children realized they could create this wonderful art. This is their final project for the Earth Day display.

The Woes Of Being An Author.

Posted by All About Children's Books at 10:42 4 comments:

The Ridiculous World of 'Whom'?

Personally, I think the word whom should be demoted just like the planet Pluto. But since whom is a word we have to deal with, I will try to simply explain its correct use.

Often a preposition (by, for, in, with, at, etc.) comes before 'whom', but not always. So in deciding which, 'who' or 'whom, is correct, ask the question:

Who is doing what to whom?

The following examples should make this easier to follow.

1.  Who do you consider the best dragon-book character?
Should it be who or whom?

Since him is correct, whom is also correct.

Whom do you consider the best dragon-book character?


2.  It was Snarls, the dragon, who starred in that book.
Should it be who or whom?

Since he is correct, who is also correct.

It was Snarls, the dragon, who starred in that book.

Here are some sentences for you to test your new who/who knowledge. Answers at the bottom of the post.

1.   Nobody knows who/whom will get the staring role.

2.   Nobody knows who/whom we will choose for the staring role.

3.   Please point out the actor who/whom you met today.

4.   Snarls, who/whom, was the original dragon character in that  series, now lives at Longstride Castle.

Just remember the simple little rule of he/she vs. him/her, and the problematic who/whom should become easier to solve.

Posted by All About Children's Books at 17:42 7 comments: