The thing about famous people and their quotes is that there is always truths in those quotes. 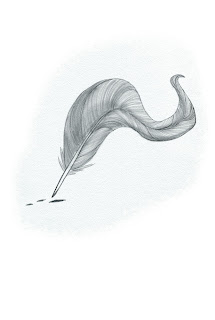 Be daring, take on anything. Don’t labor over little cameo works in which every word is to be perfect. Technique holds a reader from sentence to sentence, but only content will stay in his mind.” ~ Joyce Carol Oates.

“Wait, wait, wait, wait. Don’t try to write through it, to force it. Many do, but that won’t work. Just wait, it will come.” ~ Toni Morrison

“You can’t wait for inspiration, you have to go after it with a club.” ~ Jack London

The first draft of everything is sh**.” ~ Ernest Hemingway.

If you can tell stories, create characters, devise incidents, and have sincerity and passion, it doesn’t matter a damn how you write.” ~ W. Somerset Maugham.

It’s doubtful that anyone with an Internet connection at his workplace is writing good fiction.” ~ Jonathan Franzen

The artist must bow to the monster of his own imagination.” ~ Richard Wright 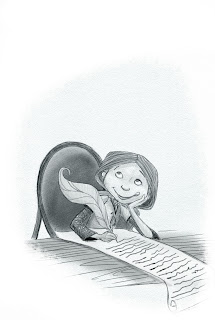 Write from the heart and your writing will always be soulful. Diane Mae Robinson

Visit my author's website at: http://www.dragonsbook.com
to learn more about dragon books for children. Sign up for the Dragon Newsletter and receive a 55-page download pdf for the Sir Princess Petra Coloring Book https://dragonsbook.com/subscribe/
Posted by All About Children's Books at 09:04 No comments:

The Writers Toolbox - Show And Tell

Why you Need both "Show" AND "Tell"
by Mr. Lynn Carroll, CWI Tutor/Columnist

Telling is easy and showing is difficult, so many beginners take the easy way out by telling and that is the reason they get rejections. If you’re confused about showing and telling, don’t feel one bit bad. This is an area where a large percentage tumbles off the bandwagon.

You know telling is how you tell a story, like standing around a fire at night, setting the scene and creating characters through telling, and you know every story also has showing. The problem is, when do you show and when do you tell?

Knowing the difference is like knowing how to balance a chair on two legs. It’s very difficult, but with a lot of practice it’s a skill anyone can learn. This is why I say following the “Show, Don’t Tell” rule blindly isn’t an altogether good path.

When writing to “show,” you want to write your scenes as though your characters might be called into court to be an eye-witness. Be as objective as possible when showing. When describing a scene or a main character, be as specific as you can and get down to the smallest of details. Be a cinematic camera operator and zoom in and out of a scene. For instance, the following example describes a character looking at someone or something in the distance by using both techniques, show and tell:

“The large waxy green leaf held the bead of rainwater until it became so pregnant it slid off the end.  Jake, a Special Ops Marine sniper, kept his eye focused on his target 700 yards away: an obese Viet Cong Colonel standing among a crowd of . . .”

Notice that the highlighted portion is telling because you would not otherwise know Jake was a Special Ops Marine sniper or that he was keeping his eye focused on a target 700 yards away.  The rest is showing. See the mixture?

When you read a book, see if the author is objective enough with showing, or does he/she need to also tell you something you wouldn’t otherwise know? This is how you learn to discern “Showing” from “Telling.” Notice the example view went from close up to a distant targeted view. Try to write your scenes in this manner. Be very specific.

Another way to know if you are “telling” or “showing” is to reread the scene to determine if you have stopped the forward movement of the story. If you have, you are “telling.” This is not to say that you should never stop the forward clock, but you need to be in control of these times.

Now it’s your turn. Search and identify areas that show and tell in stories, then write some good paragraphs that use both techniques. You’ll get the hang of it quickly.
Posted by All About Children's Books at 10:12 No comments:

Posted by All About Children's Books at 16:16 No comments: