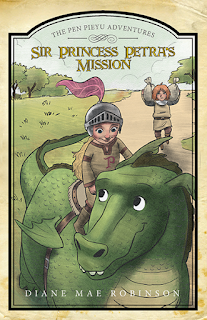 
Endorsement for Sir Princess Petra's Mission:  "Diane M. Robinson has created a heroine unlike any other in children’s literature. Sir Princess Petra sets a fine example for young readers, and for young girls, as the Princess teaches them what’s really important, like friends, being true, brave, honest, and always having faith in your Dragon! Ms. Robinson sets the bar by writing a truly charming and imaginative adventure series and I heartily recommend it."
Jeanne E. Rogers, Author of the award winning middle grade fantasy, The Sword of Demelza.

Event One: All reviewers requesting a pdf or paperback of Sir Princess Petra's Mission (book 3) and willing to post a review* on Amazon, Goodreads, and Barnes &Noble during the period of January 1, 2016 until the end of March, 2016 (the end date may extend into mid April pending the book blog tour) be entered to win the following: 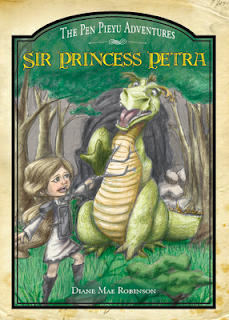 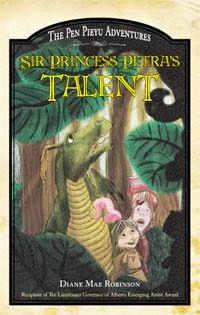 For reviews, book awards, book information, and reviews of Diane's dragon books for children, please visit: http://www.dragonsbook.com
Posted by All About Children's Books at 16:17