Pre-Release Call For Reviewers And Entry Into The Giveaway Event 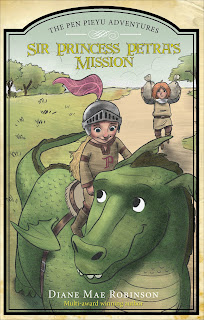 
Sir Princess Petra's Mission, book 3 in the multi-award winning series, The Pen Pieyu Adventures will be released in Dec. 2015. If you are interested in receiving a pre-release PDF copy of the book and you are willing to post a review on Amazon, Barnes & Noble, and Goodreads within 3 months of the book's release, your name will be entered in the book's Release Event Giveaways:

The Release Event will be officially announced when the book's links are up. I will let all pre-release reviewers know when that date is official.

*The PDF will only be sent out to readers with previous reviews of other books posted on Amazon, Barnes & Noble, and Goodreads. PDF copies sent out are not to be shared. If you wish to participate, please email me at: robinsondiana1193@yahoo.com or comment below.

For more information about the author and The Pen Pieyu Adventures series:
http://www.dragonsbook.com 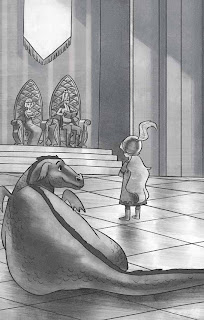 Endorsement: "Diane M. Robinson has created a heroine unlike any other in children's literature. Sir Princess Petra sets a fine example for young readers, and for young girls, as the princess teaches them what's really important--like friends, being true, brave, honest, and always having faith in you Dragon!
Ms. Robinson sets the bar by writing a truly charming and imaginative adventures series, and I heartily recommend it."  Jeanne E. Rogers, author of the award-winning middle-grade fantasy, The Sword of Demelza

Posted by All About Children's Books at 09:10