Who is this character and why is she showing up in the middle of my story? Did you ever have this happen?

I'm in the process of writing the third book of The Pen Pieyu Adventures series. I have a few new characters that compel the story forward, and those characters are behaving quite well.

Then, as I'm writing away, minding my own writer's business, along comes an intruder. The unscheduled Bablelyn comes waltzing into the forest, right in the middle of a great mud-slinging fight scene I have planned between Petra and Snarls against the Leafmen in the land of The Boogie Goobees.

Bablelyn is, apparently, Sir Princess Petra's cousin. And you guessed it, she never shuts up.

I am trying to point out to Bablelyn that she is not a planned character nor is she in the outline of book three.  She doesn't seem concerned with my petty author problems, she just insists she has every right to be here and to show up now, in book three.

I've never had this happen before.

Day by day, Bablelyn is becoming a stronger and more outspoken character in my mind and she's upsetting my writing process, even as I try to ignore her, by her constant pestering. Right now, she reminds me of an itchy mosquito bite that I have to keep scratching.

So Babelyn babbles on and on trying to convince me she is an important character. She is Petra's cousin from a far away land that I haven't even heard of. Babelyn is proving to be the exact opposite of Petra. Where Petra is kind, understand, and accepting of others, Babelyn is self-centered,  nearly rude, and most definitely annoying.

Reasoning with Babelyn has not worked. Ignoring her just makes her stronger. I've even tried explaining to her that her kingdom is not on the map that is in this series. Her response---make the map bigger.

Finally, I resolve to quit writing my "planned" story and start writing down facts and characteristics about Babelyn, hoping that this may quiet her down or just calm her ego enough that she may leave.

For the most part, before I start writing the next book in the series, all my characters, scenes, and plotting are planned out. Some of this information is written down in my "character diaries" book, and a lot of the plotting is stored in my head, like movie scenes I keep replaying.

Regardless of the way I create the story, I've never had an unscheduled character intrude on my stories before. It is kind of unsettling. I thought I knew everything there was to know about this new story.

So, as this new and strong character intrudes on my story, and it appears she will not take "no" for an answer, I must consider what part she could possibly play in the story line.

And why, pray tell, did she show up in the important mud-slinging scene with the Leafmen?

Well . . .Babelyn is definitely an interesting character. She might rile things up a bit. 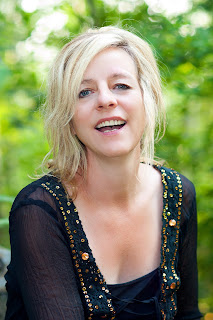 
And my other writer's blog, One Girl Writes, at: http:www.dragonsbook.com/blog

Posted by All About Children's Books at 08:03